Uploading Photos from your Phone

On a recent trip to Europe I took over 200 pictures with my Android HTC Incredible cell phone in Germany, Istanbul (Turkey) and Prague (Czech Republic). The idea was to not only share snapshots as I travelled along, but also to create an online album to share with my friends when I got back. Here some tips on how to upload photos from your phone that I picked up. Note that this post tends to be Android specific. 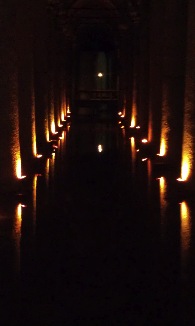 You don’t have to have a smartphone to share pictures. Most cellphones today can take pictures and send them via SMS (the protocol used for text messaging). You usually have the option to send a “picture message” to an email address as well. You can do this with a smartphone as well. With Android, if you email the picture it appears to be coming from your gmail account.

As an aside,the Android OS is tightly integrated with your gmail account, for example sharing contacts … in some ways this makes life easier when you are emailing from your phone, but in other ways it junks up my phone with a lot of contacts I’ll never email again. This also can impact your uploads as I discovered.

Once you move beyond the basics and you have a smartphone, you need to decide where you like to upload your photos to. Do you want to post them to Facebook? Google+? What about Flickr? For all of these and more there is likely an app for that site available for your phone. My experiences have been mostly with uploading photos to Facebook, Google+ and Picasa.

Here’s how it works on my phone (your phone may be different).

Some apps allow you to select multiple pictures to upload, some don’t.

I found that uploading photos to both Google+ and Facebook was rather hit or miss. Sometimes it works, sometimes it appears to work (but the picture doesn’t appear on the site), and sometimes I got an error. The photo upload occurs in the background, freeing your phone to do other tasks, so you’ll need to become familiar on where to find your notifications on your phone to see if a problem was reported.

Browsing through the forums, I do see many reports of the “can’t communicate with the cloud.” error with wildly different causes. Restarting your phone is a common suggestion. It appears we are back in the days of the “three finger salute” (in the early days of PCs, restarting with CTRL ALT DEL was a common solution to Windows problems).

With all of these apps, you might need to be patient, sometimes your photo will show up later in an hour or two.

Uploading your photos in bulk

This is where it is highly dependent on your phone and provider. Usually what you will need is software for your computer and a cable to connect your phone to your computer. For example, if I connect my Android to my laptop via a USB cable I will get prompted to download “V Cast Media Manager” from Verizon. Some phones come with CDs that have the software on it. If you go this route make sure that your OS is compatible (My 64bit Windows is not supported with the V Cast Media Transfer Client, neither is my Mac).

Alternatively, you might want to stick with the apps to do bulk load (especially if you are using WIFI for your connectivity rather than paying for your data), for example the Picasa app allows you select multiple photos to upload to a picasaweb album, although it’s not great for hundreds of photos.

More on connecting your phone with your compute:. Windows recognized the phone, and prompted to install software and search for drivers etc.., I did install the Verizon software, however if you look in your notifications you may find a setting for USB settings for your phone. If you mount it as disk it looks just like a temporary drive on your computer. Then it is just a matter of drag and drop between folders.