Can your site get a Bing Penalty?

By stripping away most of your organic traffic, a Google penalty can make or break your website. A Bing penalty is not as dire – but it could still have an impact on your bottom line. I recently was successful in restoring Bing and Yahoo #1 rankings to a site that had dropped off the first page for their head term. Here’s what I did and what you might try if you are in the same situation.

Is there such a thing as a Bing Penalty?

There’s a ton of online content on Google penalties: what they are (there are several different types), how to tell if you have one, and what to do about them, etc. But when it comes to a Bing penalty there’s not much information. However, I’m quite sure there is such a thing as a Bing Penalty. Why am I so sure? Because if you log into Bing Webmaster Tools, there is an easy to find Disavow Links feature (it’s much easier to find than the Google equivalent), indicating at the very least there is the possibility of an algorithmic penalty.

Unfortunately the most useful documentation I could find from Bing on penalties is a blog post dated in 2009: Getting Out of the Penalty Box. It would have been nice if there was a message from Bing or a obvious “Blocked” displayed as the post indicated there might be, but Bing Webmaster Tools has had a significant redesign (for the better) since then, so this post is clearly out of date.

You may have a Bing Penalty without realizing it. Collectively Bing and Yahoo accounts for a much smaller share of the organic traffic than Google. Google dominates with 68% market share – and in some markets it is even higher. So the sheer volume of Google organic traffic might hiding from you a problem with Bing organic traffic.

Here’s a Google Analytics screenshot of a site that has lost 50% of their non Google organic traffic in a week, with no recovery in the following weeks.

One way to see whether this is a problem for your site is in Google Analytics navigate to Acquisition -> All Traffic and use the Advanced filter to Exclude Source / Medium containing Google. Make sure to look at multiple timeframes and compare to the same period last year. There will be a few visits from Ask or AOL, but in most cases Bing and Yahoo will comprise of most of the traffic.

Is your Bing and Yahoo organic traffic up or down?

The Bing and Google Dance

The home page of this site had ranked consistently for a high volume, high revenue head term at position 1 in both Bing and Yahoo, prior to the drop in traffic. Here is where Bing Webmasters Tools comes in handy. A review of the Page Traffic and Search Keywords reports showed the average position was still 1, but the number of impressions had dropped from 21,775 to 6,525 (2 week periods) – a staggering 70% drop. 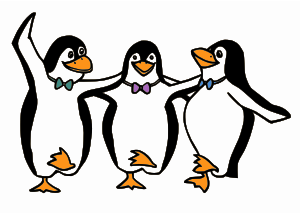 The Google and Bing Dance

So the page still showed up at position 1, but not nearly as often. This is similar to the Google Penguin dance I’ve been seeing lately. Where pages with suspect backlinks still are reported at position 1 but organic traffic has dropped sharply. It seems that Google is still fine tuning Penguin 3.0 even though it was rolled out over a month ago.

Fixing a Checkered Past

This site was subject to a Google penalty that was lifted almost a year ago. So I knew that there were spammy links that had been disavowed for Google but not for Bing. It looked like to me; that Bing’s algorithm had finally caught up.

I’ve written before about Bing Webmaster Tools and what a nice job Bing has done with it. Kudos to the Bing team for showing six months of search data (compared to 90 days from GWMT). And the Inbound Links is another more developed report (compared to Google’s “Links to Your Site”). You get a nice breakdown of links to each of your pages and anchor text information in the exported reports.

So it was easy for me to:

You can find the Bing Webmaster Disavow Tool under Configure My Site. You can disavow an individual URL by selecting Page (shown below), a full Domain or a Directory.

The domains I disavowed (I did not disavow any individual links) were the usual suspects: Obvious spammy sites with lots of embedded money keyword links, low quality directories and some spammy free hosts.

Unlike the Google disavow tool where you upload a text file, Bing provides a UI where you can add the bad links/domains. This makes it convenient to add as you review, but inconvenient for bulk uploads. You can download a full list once you are done.

I did the review over a week and three days after I finished, the site was again ranking #1 in both Yahoo and Bing. Needless to say, my client was happy.

When I was doing the review, I also noticed that Bing reported that zero of the URLs in the XML sitemap had been submitted. There was nothing wrong with the sitemap, no errors listed, and the site was still getting traffic from Bing and Yahoo; so it didn’t seem related to the traffic drop. However I did re-type in the XML sitemap URL and submit it. And indeed Bing Webmasters now shows that the URLs from the sitemap are submitted.

So it is totally possible this was part or all of the problem, although I really doubt it. If you think I’m wrong tell me in the comments below!