The Age of the Female Consumer? 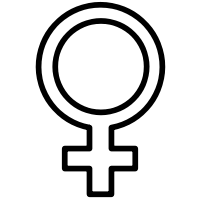 Last week I went to the Women2.0 Conference in San Francisco. The conference, geared towards female entrepreneurs, was one of the most inspiring events I’ve attended. Everyone I met was smart and accomplished. The highlight of the show was the pitch competition where startup founders pitched their businesses to a VC panel. The pitches weren’t for small little businesses – these were serious ideas looking for capital investment of 500K and up. Case in point, the winner, Angaza Design, is bringing pay as you go solar power to East Africa.

The day also had many speakers, including crowd favorite Lynda Weinman, founder of lynda.com. Fran Maier, who was a key player in the shaping of match.com gave a speech “Embracing the Female Consumer”. In many ways women have achieved parity or have surpassed men in their engagement with the internet. Women are the shoppers (no big surprise there) and spend 33% more time on Facebook than men. With our natural inclination to network, social media is a natural to entice more women online. Just look at the popularity of Pinterest.

The “she” economy is now reckoned to be 5 trillion dollars, so Fran’s call for companies to embrace the female consumer is not one to be ignored. For me however, this raised more questions that it answered. What should businesses be doing differently? If anything? Take this blog for example, I hadn’t realized this until now, but it’s mostly men that comment on this blog. I had never given this matter a second thought. Like many women in technology, I’m used to being surrounded by men. The Women 2.0 conference was the first technology oriented conference I had attended where my gender was in the majority. So much so that the hotel converted a few of the male restrooms for our use.

I had just accepted that the topics I blog on were of more interest than men. I’m not sure there is anything I can do to attract more women readers. And no I’m not going to change the colors of this blog to pink. But am I thinking too small here?

How women use the internet is worth studying. Comscore has a study which states that women use the internet as a productivity tool while men are more interested in downloads and entertainment. Fran pointed out in her speech that women are seekers, looking for ways to get more done and save money. When I interviewed a few bloggers to test out a product idea I was thinking of, one (which was indeed female) suggested that I provide checklists to help guide and structure the activities of running a website. Perhaps an interesting experiment I should embark on would be putting together a productivity tool in the form of checklists (offered for free, rather than part of a product) and see who that attracts.

It is certainly true that social networking is central to a most women’s internet experience. They spend more time than men on social networking sites, they even spend more time on email. These social media sites are a fit for the networking activities that women more naturally engage in. My social media presence is not that strong and needs work. Most people find this blog via search, not because of some tweet I put out.

So maybe it is not so much the topics I write on (which I would still argue tend to be in a more male domain) but how I package and promote the information I write (which I would be the first to admit needs work). If I were to really focus on ramping up my social media presence and also offer posts and checklists to enhance a blogger’s productivity, would that attract more women? I’m sure there is more I could do – bring on your suggestions in the comments below!