Gamers get social with a LAN party for Diablo 3

Here in California we are an hour from the start of an annular solar eclipse. So in honor of this rare and unusual astronomical event, I thought I would write something a little different today. 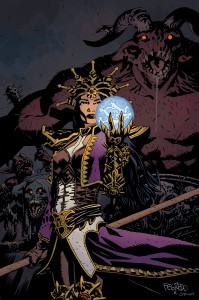 Gamers that have been waiting for the release of Diablo 3, an online multi-player role playing game, were finally rewarded when Diablo 3 released on May 15th (at 12:01 AM PST to be precise). My son, who moderates a popular Diablo 3 online forum, hosted a small LAN party for its release that kicked off at midnight.

A LAN party is a group of gamers that come together in one physical location to video game. In this case, the Diablo LAN party didn’t require setting up a LAN (which is an acronym for Local Area Network), as all that was needed was a decent internet connection and a router. Each gamer brought their own system (BYOC – bring your own computer), but there are large LAN parties that provide equipment. Diablo players can all be on the same team as they interact with the online world that is Diablo 3 and it is a lot more fun do this with your friends in the same room, than separately.

Sleep only if you have to.

The first night, none of the gamers slept: fueled by pizza, sugary snacks and lots of caffeine – not to mention the excitement of the game itself. However the three that made it to the second night did finally succumb to sleeping a few hours before morning came.

Watching a LAN party is actually not that exciting.

It’s just a bunch of people staring at screens, with occasional chatter and expressive language. The excitement takes place on the screen and in the mind of the gamer. An observer will quickly get bored unless they are watching and following the play.

I was concerned that we might have problems with a maxed out bandwidth. Turns out it that there wasn’t that big of a load on the internet line. I was able to connect and use two other computers via WiFi during the LAN party without problems.

LAN parties are just another cool way to be social and celebrate momentus events in the gaming world. Despite loving the immersion in the online world, even a video gamer likes to hang out with his fellow gamers in the physical world.